from the  Original archives of Lucy Piller

Watch out for the posters being shown

in the UK at some of Simons shows!!!

Posters have full  approval from Pauls management.  All proceeds go to

Allrightnow.com to keep the site up and running. Thought of giving a donation? Then this

Also for those who do not have pay pal just

email me  for other forms of payment 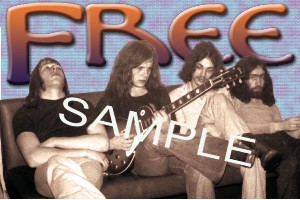 Dave (Bucket) Colwell will be releasing his solo cd 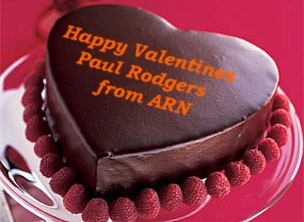 Dean Rees is best known for his Hammond work with classic British rockers Humble Pie, as well as Stray, Del Bromham and the Devils and 17Black. Before that, dues were paid in the usual list of local groupings, most notably Colour Sargeant and Grand Society with Toby Marriott. As a featured artist at all annual installments of the Small Faces convention in London, Rees has shared the stage with Glen Matlock, Clem Clempson, Chris Farlow and Steve Ellis.

He's also become known as a "go-to guy" for several other high-profile special events. One of those was a most memorable stop at London's historic Royal Albert Hall for the Ronnie Lane memorial concert (featuring Pete Townshend and Ronnie Wood). Dean was also honored to play at the Steve Marriott memorial concert (feat Noel Gallagher, Humble Pie, Kenney Jones, Ian McLagen, Bobby Tench, Johnny Warman, Peter Frampton, et al). His contribution to the ModAid CD and video was added to those of Ronnie Wood, Mark Joseph and many other popular mod-influenced musos.

This will be the last gig for singer Shaun

They are going to give him a great send off

Everyone is invited for this special party night - g'day mate !!!

Shaun is off to Australia in March

If you think you have the tone, talent and musicality to join us is a four-day, multi-stage camping festival held on a beautiful 700-acre farm in Manchester, Tennessee every June. Bonnaroo brings together some of the best performers in rock and roll, along with dozens of artists in complementary styles such as jazz, Americana, hip-hop, electronica, and just about any contemporary music you can think of. In addition to dozens of epic performances, the festival's 100-acre entertainment village buzzes around the clock with attractions and activities including a classic arcade, on-site cinema, silent disco, comedy club, theater performers, a beer festival, and a music technology village. For its peaceful vibe, near-flawless logistics, and unrivaled entertainment options, Rolling Stone magazine named this revolutionary entertainment experience one of the 50 moments that changed the history of rock and roll.

Ticket information will be released on Wednesday, February 14th along

with the initial lineup of artists for the festival being held June 14-17, 2007.

The album from Bucket & Co. will contain 10 new songs penned by Dave as well as two covers, including a re-make of Reach Out, a song Dave wrote for Iron Maiden. Dave is joined by Adrian Smith of Iron Maiden on vocals.

Dave performing with The Jones Gang

The Making of Heaven and Earth

Stuart and his Best Guitarist Award

The DVD features over 4 hours of footage including an in depth breakdown of the writing and recording of each song as well as Live Shows, Production & Equipment Info, Stories & Shenanigans, Bloopers, Photo Gallery as well as many other features.

And now for an intermission

Check this out  and dust off your memories !!!!

Email me  if you remember them too

Michael Patto. Son of Mike Patto from one of my favorite 70s band PATTO

Patto opened up a few times for FREE, this is how I know of them

Note: The photo of Simon on the website above was taken in my garden, funny or what? I gave them permission to use it :-)

Along with Simon Kirke will be Paul Stanley (Kiss), Brian Wilson (Beach Boys),

Simon will be opening for Freeway (FREE cover band)

at the The Astor Theatre, in Deal, Kent -

On top of all this cool action
Simon is indeed going into action !!!
Our No.1 Drummer has started Boxing,
Yes he is going in the ring. To keep fit of course !!!

Simon Kirke did start very young on drums you know....

Brand New Photos from the

My Dear Friend Tim Donahue on TV In Japan !

TIM DONAHUE PERFORMING
ONE OF THE AWESOME SONGS FROM

Once they are sold no more will be made,

Alumni Relations and the Athletics department have partnered together to offer all Penn alumni the opportunity to buy up to four tickets to this game at a special discounted rate of $7 per ticket. Tip off is 7 p.m. at The Palestra.
Penn is in first place right now, in the Ivy League. The team is led by senior captains Ibrahim Jaaber, Mark Zoller and Steve Danley, and is the favorite, again this year, to win the Ancient 8.

Simon Kirke, the legendary drummer for Bad Company and Free

will be making a special appearance during halftime. Kirke, along with the University of Pennsylvania Band, will entertain the crowd at halftime with a medley of Bad Company songs, including All Right Now!